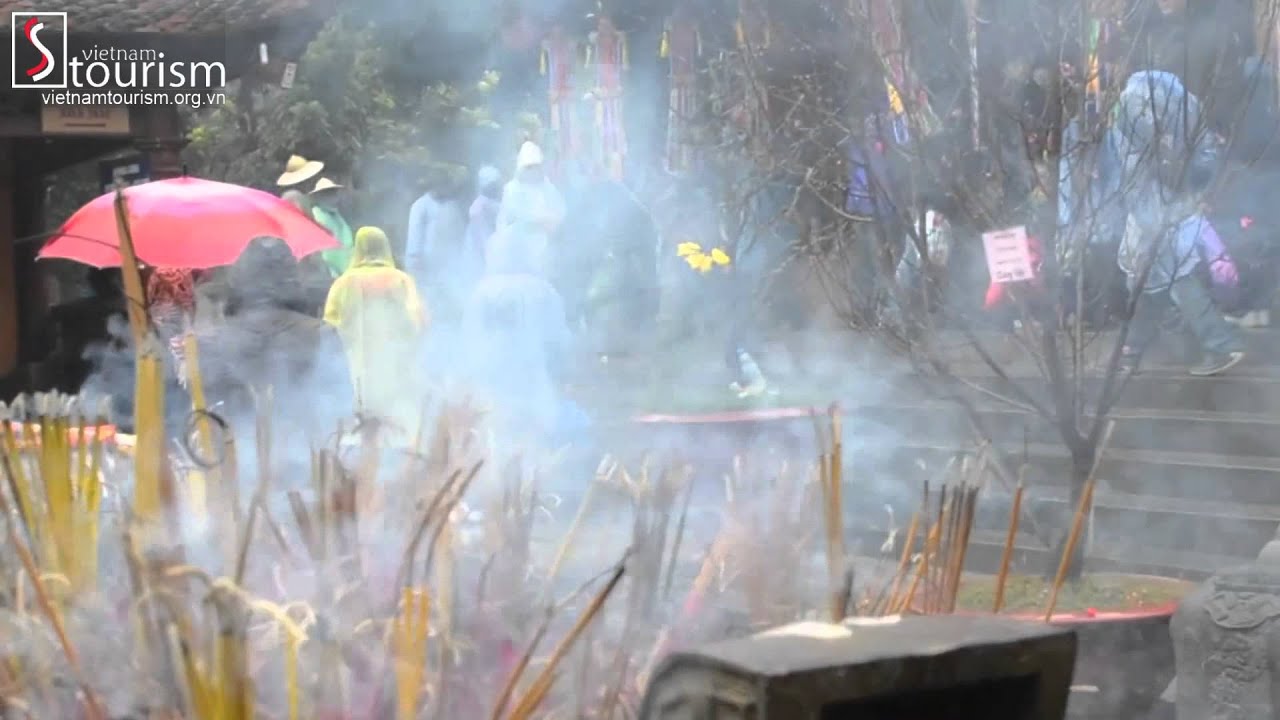 It is thought that the first temple was a small structure on the current site of Thien Tru which existed during the reign of Lê Thánh Tông in the 15th century. Legend claims that the site was discovered over 2000 years ago by a monk meditating in the area, who named the site after a Tibetan mountain where Lord Buddha practiced asceticism. A stele at the current temple dates the building of a terrace, stone steps and Kim Dung shrine to 1686, during the reign of Le Hy Tong, at around the same time that Chua Trong was being constructed. Over the years some of the structures were damaged and replaced. The original statues of Lord Buddha and Quan Am were cast from bronze in 1767 and replaced with the current statues in 1793. More recently, damage was done during both the French and the American wars. Both the gate and the bell tower at Thien Tru Pagoda were destroyed, the bell tower rebuilt in 1986 and the gate completed in 1994.